The Maharashtra Budget for 2017-18 has a significant allocation for basic infrastructure development, to cover Energy, Transport & Urban services like Water supply, Sanitation etc. Being a very urbanized state, the focus on road connectivity by developing good road network is highlighted by the fact that 7000 cr is allocated for Road development & Improvement. In next two years 10000 km of roads is expected to be completed. Plus an additional 35 crore if allocated for gadgets and equipment that will reduce road accidents. Notable amongst the infrastructure projects in the Nagpur-Mumbai expressway. This is an important project to connect Maharashtra’s hinterland with Mumbai-Pune region. This will bring prosperity to areas that are affected by drought. The allocation for Airports  and Metro projects (710 crore allocation) is made in the Budget. This is an important aspect for a state that has maximum urbanization in the country and has a significant contribution to its revenue
Post a Comment
Read more

Pune Metro: An Opinion (one more!) 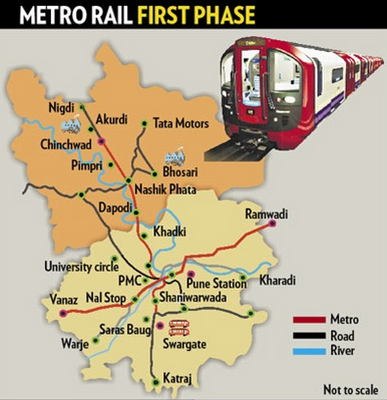 Much has already been said about #PuneMetro. In fact, so much has been said and debated upon that Pune citizens are quite frankly tired of all naysayers & doubting Harry's and carry a hope now that the #PuneMetro will actually see the light of day...and possibly in record time! We see Dr Brijesh Dixit and his team at #MahaMetro working full steam ahead. The required sanctions are in, most of the geo-technical survey is done and the good news is that Pune has a solid bedrock which will make foundations fast & easy to construct. So most of the common people are left wondering, what has happened now that was not there 10 years ago, when the Metro should have actually arrived in Pune? My opinion on this is as follows: Any infrastructure project is proposed by the government. It is the responsibility of the government to prepare all the reports/ studies etc that credibly show that such a project is necessary and the government has the right intentions and the technical ba
1 comment
Read more

The most damage happening to Pune's Hill Tops and Hill Slopes is due to the BDP Reservation that came into being as a brainchild of some activists posing as Urban Planners. The 4% development rule in the core city of Pune has also ensured that Hill Tops and Hill slopes have been retained, but the requirement of land acquisition forced by the BDP Reservation actually caused maximum damage to the city's hills on its fringe. Have you seen citizens get divided over an issue of a hilltop or a hill slope in the core city of Pune? No. The reason why citizens and political parties are so divided over the issue is because the BDP reservation has made them unnecessarily take two extreme positions when it comes to hills in Pune. These both warring sides have forgotten that Urban Planning is often about compromised allocation of land resources to meet the demands of various functions in a city. And by compromise I don't mean that we should compromise giving up Open Lands, Riverfr
1 comment
Read more 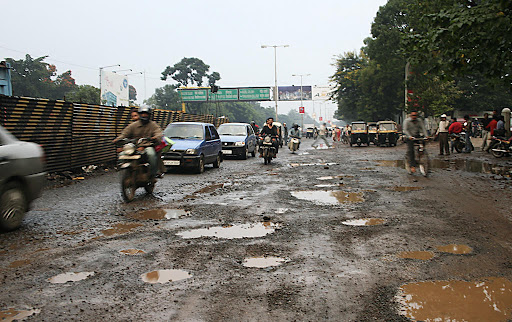 Every year, year on year, Indian cities and villages and the roads connecting them become hell holes - potholed to such an extent that it is downright dangerous to traverse these. Fatal and non fatal Road accidents, due to pot holes abound, but very rarely is the condition of the road blamed for causing accidents. Much attention is given to over-speeding and non-wearing of helmets as causes of accidents, but very rarely do we say that "if only roads were designed and built better, we would have many of our young population alive"! Its important to understand that the degradation of roads is because of a multiplier effect of various reasons. Roads rarely get damaged due to use (or overuse) only. Overuse along with presence of water, leads to rapid degradation of the road surface. So, a road that's fine over an entire year, rapidly disintegrates with the first showers of rain. So water has a big and important role to play in degrading road surface, particularly when roa
1 comment
Read more

Building Collapse: Who is really responsible? 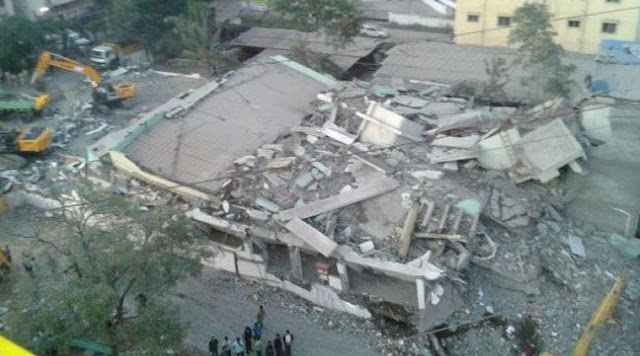 Failure of a building ’s structure leads to collapse. What are the various reasons for a building’s structure to collapse? The most simple reason is that the load on the building is her than the one its designed for, leading to one or more building elements to buckle/crush/bend. This triggers a chain reaction, causing undue stress on the remaining elements, causing failure and thereby collapse.  Similarly, a failure in a building that is under construction can also be caused due to incorrect scaffolding that supports the structure till the concrete gains adequate strength to stand on it own. Over the years, we have seen multiple such failures, the recent one at Pride Park Xpress site at Balewadi being one of the latter kind. Immediately post such a failure, there is, of course, a knee jerk reaction from everybody involved leading to arrests of professionals, while Developers evade this successfully. The primary stakeholders in a real estate are the Developer (project pr
1 comment
Read more

It has been 10 years since the first EIA notification of 2006 was published by Ministry of Environment & Forests (MoEF), at that time. This Notification was critical to the Real estate industry as it categorically laid down the requirements of Environmental Clearance for any construction more than 20,000 sq m. The Environmental Clearance (EC) requirement was actually called as the Prior EC, which was to be applied for and granted prior to a project getting constructed on site. Since then, the EC and its process took some time getting in to the construction process, which was already fraught with Building Sanctions from the local authority. However, it can be said that by 2008-2009, most of the medium to big projects started adhering to the requirements of environmental scrutiny. The requirements of a Prior EC created its own problems and the State and the Centre vacillated regarding the interpretation of the 2006 Notification. As a result, we find, particularly in Maharas
1 comment
Read more
More posts